Home Blog Sam Burke, Founder of the Tarkine Company, Talks About How They Create Eco-Friendly Running Shoes That Last Over 600 Miles.

For runners, lacing up and heading out the door is a straightforward gesture, but the history of those shoes is anything but. There is a new startup working on ways to reduce the environmental effect of runners over the long term.

As runners, we can’t live without our specialized gear, most notably our shoes. It’s hard to find anything that compares to the fresh new pair of kicks, the color, and the thrill of your first run in them.

However, runners might go through hundreds of pairs throughout their lifetime, and the environmental effect of their production and disposal is substantial.

In light of the fact that most of the running shoes we use need to be replaced every 300 miles or fewer, what can we do to decrease this impact? Our today’s guest is the brains behind a revolutionary startup.

His passion for running led him to start Runner’s Tribe in 2008, when he and other runners realized there wasn’t much coverage of the sport in Australia. The website began as a hobby but has now expanded to house a wealth of running-related content such as news, product reviews, podcasts, essays, and training diaries from professional athletes.

Sam’s newest venture is called Tarkine, and it’s dedicated to creating a sustainable running shoe that minimizes its impact on the environment at every stage. Although challenging the well-established shoe industry may seem like an uphill battle, there are benefits to developing a brand-new business strategy from the ground up.

How to Make Running Shoes and Discuss Tarkine with Sam Burke.

When answering to shareholders and income reports, major shoe companies have less of an incentive to make changes. Sam elaborates on how a young company like Tarkine can rapidly adopt cutting-edge technology and progressive ideas for long-lasting running shoes throughout our chat.

The Tarkine rainforest inspired the design of Tarkine’s first shoe, a neutral high-mileage trainer with a focus on sustainability. The shoe has eco-friendly features such as:

Tarkine’s main objective, in Sam’s words, is to “make a badass running shoe!” The company’s long-term goal is to support top-tier runners and provide guidance to promising young athletes.

Sam’s insight into the running shoe industry and what it takes to make a real difference will inspire you.

Blog November 6, 2022 • 0 Comment
To accomplish a longer distance, you must first increase your endurance so that you can run further with less effort… 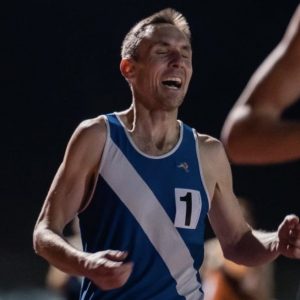 Blog November 6, 2022 • 0 Comment
Running, unlike many other sports, may be enjoyed for a long time. Nick Willis, a two-time Olympic winner, is a…